Beatrice (Bertie) Margaret Calhoun/Montgomery/Clayton/Rosenthal, May She Rest in Peace

**WARNING: The following is a work of dark fiction. It may contain various triggers. Discretion is advised** 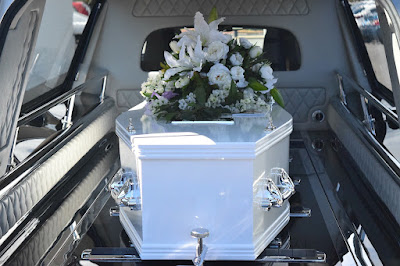 Image by Carolyn Booth from Pixabay

Beatrice (Bertie) Margaret Calhoun/Montgomery/Clayton/Rosenthal, of Slaughterville, Oklahoma, passed away in her home with her 24-hour care nurse by her side. Her caregiver said she went out kicking and screaming and throwing things at the pictures on her walls. Her funeral will be held at the Slaughterville Memorial Chapel on Route 6 next Saturday at 2 p.m.

Bad luck seemed to follow Bertie throughout her life. Born October 20th, 1921 at 12:34 AM, Beatrice Margaret Calhoun was the eldest child of Charles and Lillian Calhoun, of Beaver Falls, Louisiana. Her parents had two more children after her, though neither one made it to the age of three.

In the summer of 1929, Bertie and her parents moved to Slaughterville where her father opened The Grand Slaughterville Hotel. Less than a year later, Charles Calhoun fell ill and passed away in his sleep. The hotel was purchased by the prominent Montgomery family. Bertie and her mother stayed on as housekeepers as a means to remain on the property. Within 6 months time, Lillian Calhoun was found at the bottom of a staircase and died shortly afterward. Her death was ruled an accident by the Slaughterville Coroner's Office.

David and Dorthea Montgomery took little Bertie in and raised her as one of their own. In the spring of 1938, Bertie Calhoun married the Montgomerys' eldest son, Franklin.  Less than a month after the wedding, Franklin joined the military and was sent off to war. He came home 3 years later to find that his younger brother, Nelson, had died in a car accident and his only sister, Agnes, had fallen from the balcony of the hotel, dying instantly.

Less than a week after returning from the war, Franklin’s father, David Montgomery, was found dead in his office, of an apparent heart attack. Three days later, Dorthea Montgomery was found in her dressing room with a broken mirror shard protruding from her neck. It was determined that her cause of death stemmed from excessive alcohol. Heartbroken at the loss of his entire family, Franklin Montgomery apparently took his own life shortly thereafter.

Bertie took over the hotel and ran it as best she could. She hired Baxter Clayton as a groundskeeper and the two were wed in July 1944. Baxter kept the hotel and grounds in pristine condition until his untimely death in October 1947. While trimming branches from an old tree in the back of the hotel, Baxter had caught the cuff of his trousers in his ladder and fell to his death. The small handaxe he’d been using was found underneath him, buried in the back of his head. The coroner’s office called it a horrible accident.

Toward the end of the 1940s and the beginning of the 1950s, Bertie Clayon ran the hotel on her own. In 1954, she turned the west wing into a lounge and started hiring musicians to come in and play. By the early 1960s, The Grand Slaughterville Hotel was the place to stop for those who hadn’t quite made it to the big leagues.

In 1966, Bertie met an older musician by the name of Herbie Rosenthal. He was working on becoming the next big music promoter but told locals that there was just something about Bertie that made him want to “dig this scene” and turn Slaughterville into a beatnik hotspot.

Bertie and Herbie seemed happy in their little hippy culture home. However, in the summer of 1970, Herbie Rosenthal was found in the beer cooler with a full keg of beer lying beside his crushed skull. Investigators deduced that the keg had slipped off a shelf while Herbie was tying his shoe. His death was ruled a terrible mishap.

Between 1970 and 1992, Bertie Rosenthal remained alone in her hotel. Most Slaughterville residents had either thought her to be traveling the world or had forgotten about her altogether. In November 1992, Bertie attended the funeral of Jacob Johansson, the groundskeeper of the hotel at that time. She was welcomed back into Slaughterville society and began holding lavish parties at her hotel once again.

Between 1993 and 2008, Bertie’s hotel flourished. In June of that year, the FBI came looking for several young men who had last been known to have stayed at her hotel. Though nothing ever came of the accusations, The Grand Slaughterville Hotel closed its doors for good.

Bertie became a recluse, being seen only by the 24-hour care nurses she’d hired to care for her in her golden years. Between 2009 and her recent passing, a total of 87 nurses cared for the aging woman. It is said that many of them packed up in the middle of the night and left town as they’ve never been seen nor heard from again.

Bertie Calhoun-Montgomery-Clayton-Rosenthal passed away on October 20th, 2021 at the age of 100. Her caregiver pronounced her time of death at 12:34 AM.

There were no survivors.

The Best of You 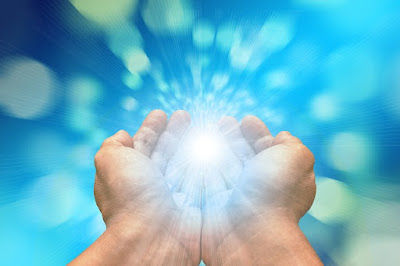 I am I and you are you
And nothing less will ever do
I can’t be you, you can’t be me
And that is that you must agree
Don’t try to be him, her, or them
Embrace your own internal gem
Relax and let yourself fly free
Trust yourself and you shall see
That there is nothing you can’t do
When you shine the best of you

II wrote this in response to something I read on Twitter. The poster said that
they were tired of trying to be as good as others in their chosen field.
I felt compelled to write this, though that person may never see it. But, if
it helps one other person, I'll consider that a success.

Image by Gerd Altman from Pixabay

Email ThisBlogThis!Share to TwitterShare to FacebookShare to Pinterest
Labels: Poetry 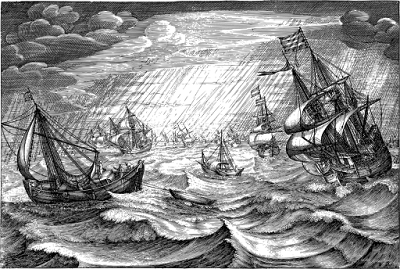 As the battle raged, neither side noticed the skies above. A blackened wall hid the sun, while violent winds tore the sails.

I fell into the waters below, a barrel my only hope. Men screamed between cracks of thunder, as a wall of water shoved me beneath the waves. I’d no air to breathe, light to see, nor chance to fight. Then...silence.

I emerged once more, the barrel my saving grace. The sky was clear, the waters calm, the Armada, gone. I was alone, drifting with the currents toward land.

That was the day the sea ended the war.

The above story is the product of a writing prompt (SEA) given by Quill and Crow Publishing House. They have a different prompt listed in their June Prompt List for each day of the month. Though they offer these as poetry prompts, I wanted to do something a little different. I've opted to create microfiction pieces of exactly 100 words.

I won't promise to have each one up each day, but I'm going to do my best. Anything to keep writing. I hope you enjoy.

Image by Gordon Johnson from Pixabay